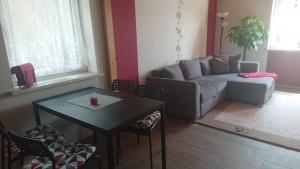 FeWo Erika offers accommodation in Lengenfeld, 2.1 km from Theme Park Plohn. Guests staying at this apartment have access to a fully equipped kitchen. The apartment comes with a flat-screen TV and a living room.
€38
1 Karl-Böhm-Straße Kellergeschoss, Lengenfeld
Show on the Map
Ferienwohnung Zeitler 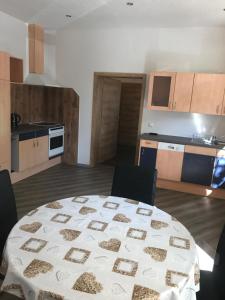 Located in Treuen in the Saxony region, Ferienwohnung Zeitler provides accommodation with free WiFi and free private parking. A microwave and fridge are also featured, as well as a kettle and a coffee machine.
€40
Bahnhofstrasse 39, Treuen
Show on the Map
Pension Eberhart 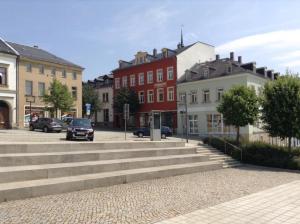 Pension Eberhart is located in Treuen. There is a terrace and guests can make use of free WiFi and free private parking. All units in the guest house are equipped with a kettle.
€45
Treuen Markt 11, Treuen
Show on the Map
Rittergut Reudnitz 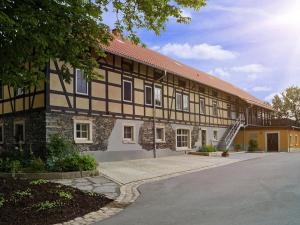 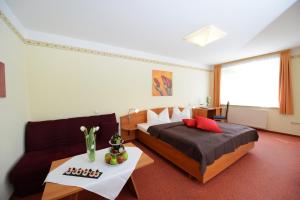 Hotel Goldenes Herz Schönbrunn in Schönbrunn features a garden and a terrace. Among the facilities of this property are a restaurant, room service and a tour desk, along with free WiFi.
€57
Hauptstraße 4, Schönbrunn
Show on the Map
Pension zum Hirschstein 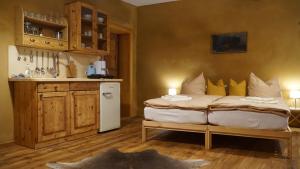 Located 1.3 km from Sommerpalais Greiz, Pension zum Hirschstein provides accommodation with a garden, barbecue facilities and an ATM for your convenience. Complimentary WiFi is available throughout the property.
€58
11 Hirschsteingasse, Greiz
Show on the Map
Hotel Lengenfelder Hof 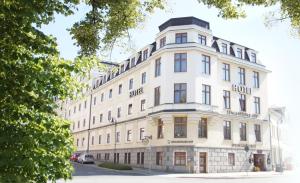 This hotel enjoys an easily accessible location in the beautiful Vogtländ region. Comfortable rooms await you here alongside facilities such as a hotel bar with a bowling alley, and a charming restaurant serving both local and international cuisine.
€58
Auerbacher Straße 2, Lengenfeld
Show on the Map
Zimmervermietung M.P. 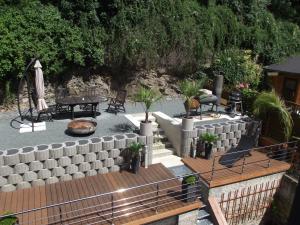 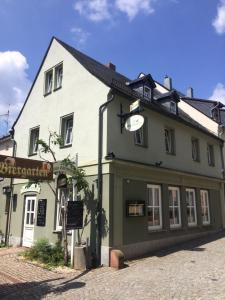 Pension & Gaststätte Bauernstube is situated in Heinsdorfergrund. There is a restaurant serving German cuisine, and free private parking is available. All rooms in the guest house are fitted with a flat-screen TV.
€60
Am Bahndamm 2, Heinsdorfergrund
Show on the Map
Hotel Garni Stadt Milin 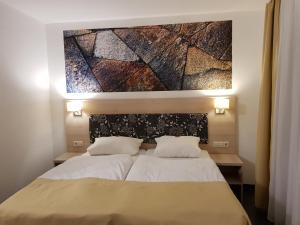 This hotel offers free Wi-Fi, a daily breakfast buffet and free parking on site. It is located in Milin, a 2-minute walk from Mylau Castle. Each room at the Hotel Garni Stadt Milin includes a minibar and cable TV.
€61
Markt 5, Reichenbach im Vogtland
Show on the Map
Hotel-Restaurant-Adler 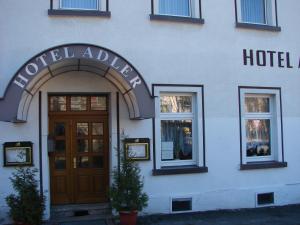 This hotel offers comfortable accommodation near the train station in Reichenbach in Vogtland, just north of the Vogtland Nature Park and is only a 10-minute walk from the town centre.
€62
Bahnhofstraße 101, Reichenbach im Vogtland
Show on the Map
Hotel Wettin 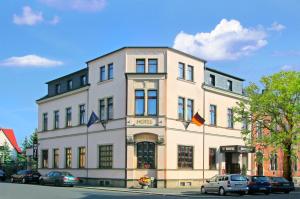 Peacefully situated in the town of Treuen, the family run Hotel Wettin offers comfortable rooms with free Wi-Fi available throughout. It is 13 km from the city of Plauen.
€68
Bahnhofstrasse 18a, Treuen
Show on the Map
Parkschlösschen in Greiz 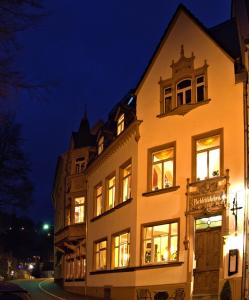 Located in Greiz, 1.8 km from Sommerpalais Greiz, Parkschlösschen in Greiz provides accommodation with a restaurant and private parking. All rooms feature a flat-screen TV with satellite channels and a private bathroom. Guests can enjoy garden views.
€69
Parkgasse 72, Greiz
Show on the Map
Ferienwohnung und Pension Gürtler 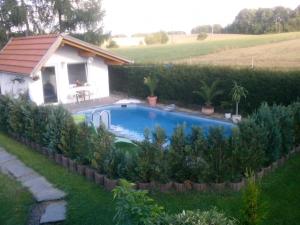 Located in Mohlsdorf, Ferienwohnung und Pension Gürtler provides accommodation with a private pool, a terrace and pool views. The accommodation is 47 km from Gera, and guests benefit from complimentary WiFi and private parking available on site.
€70
Ortsstraße 27a, Mohlsdorf
Show on the Map
FeWo im Herzen Reichenbachs 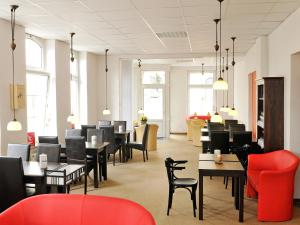 Set in a modern building, this hotel in central Reichenbach is just a 4-minute drive from the A72 motorway. A buffet breakfast, bright rooms with free Wi-Fi and free parking are offered here.
€74
Lengenfelderstraße 3, Reichenbach im Vogtland
Show on the Map
Hotel Waldfrieden 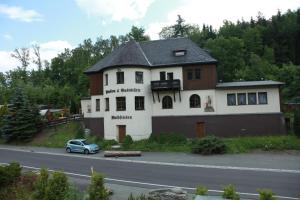 Boasting a garden and free WiFi, Hotel Waldfrieden is situated in Elsterberg. There is a restaurant serving German cuisine, and free private parking is available. At the inn, the rooms include a desk, a flat-screen TV and a private bathroom.
€79
Waldfrieden 1, Elsterberg
Show on the Map
Wieko Ferienwohnungen 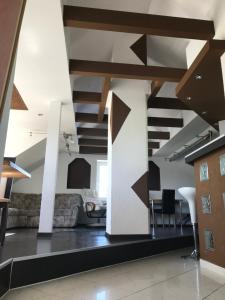 Where to visit near Mylau, Germany

Where to Stay in Mylau, Germany?

Mylau is a town and a former municipality in the Vogtlandkreis district, in the Free State of Saxony, Germany with about 2600 citizens. Since 1 January 2016 it is part of the town Reichenbach im Vogtland. It is situated in the valleys of the river Göltzsch and the Raumbach, a stream flowing from Reichenbach im Vogtland that is locally known as the Soap Stream because of the textile painting factories that had been built by its banks. The town lies 6 km southeast of Greiz, and 20 km southwest of Zwickau. Mylau has the smallest area of any town ("Stadt") in what was formerly East Germany, although there are 10 towns in what was formerly West Germany that are even smaller in area. Wikipedia