Île-de-France, France
From which place to Suresnes?

Suresnes - Where to Stay?

Suresnes - Where to visit near? 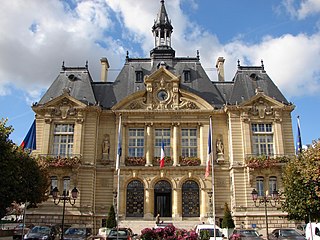 "Suresnes is a commune in the western suburbs of Paris, France. Located in Hauts-de-Seine, 9.3 km (5.8 mi) from the centre of Paris, it had a population of 49,145 as of 2016. The nearest communes are Nanterre, Puteaux, Rueil-Malmaison, Saint-Cloud and Boulogne-Billancourt. It is served by two stops on Île-de-France tramway Line 2 and Suresnes–Mont-Valérien station on the Transilien network, both giving access to La Défense and its RER A and Paris Métro Line 1 services. The town's landmarks include the Mémorial de la France combattante and Suresnes American Cemetery and Memorial below Fort Mont-Valérien, as well as Foch Hospital in the centre. - Wikipedia"

Your Hotel in Suresnes Here!
ΛTop